1963 Fleer (ACC: R418-4) is a 67-card set and was the firm's short-lived attempt to break into the active-player baseball card business. Since Topps had a monopoly on the marketing baseball cards of current players with or without "confectionery products," each pack included a sugarless cherry "cookie." Players included in the set were either those (like 1962 NL MVP Maury Wills) passed over by Topps as Minor Leaguers, or those that let their "steak dinner" contracts with Topps expire.

The cards were printed in sheets of 66 with the scarce card of Joe Adcock (#46) replaced by the unnumbered checklist card for the final press run. A set is considered complete with both Adcock and the checklist. The only Rookie Card in this set is Wills.

'63 Fleer was intended to include multiple series, however Topps sued to prevent any future Fleer releases. It would be another 18 years until the next Fleer Baseball set.

Despite this, the star power of the checklist combined with the small set size has made '63 Fleer a collector favorite. 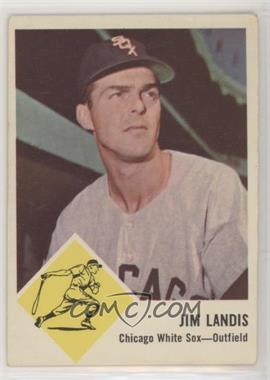 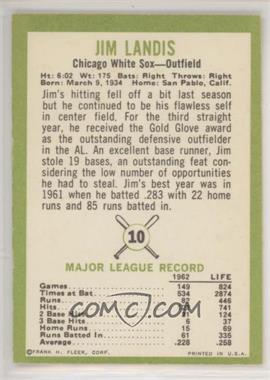