1985 Donruss Highlights is a 56-card boxed set released in November, 1985. Highlights was Donruss's first attempt at a post-season update set. Rather than focus on rookies and traded players, Highlights paid tribute to the players and pitchers of the month for each league as well as the notable achievements of the 1985 season. The design is identical to the 1985 Donruss set, with exception of yellow stripes running along the borders of each card, and a glossy coating applied to the front. The set came packaged in an attractive red box that resembles a deck of playing cards. All 56 cards were shrink-wrapped and came packaged with a 2 1/2" X 3 1/2" Lou Gehrig puzzle.

This set proved to be more popular than Donruss had predicted, as the print run sold out before all initial orders were filled. Despite the lack of rookies, the set has maintained it's value

Factory Set: 56 cards plus one Lou Gehrig mini puzzle per set. Hobby only. 15 sets per case. 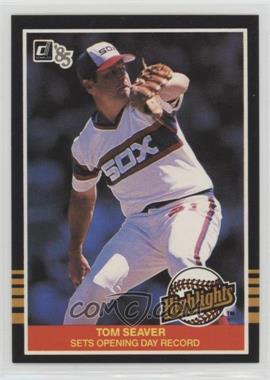 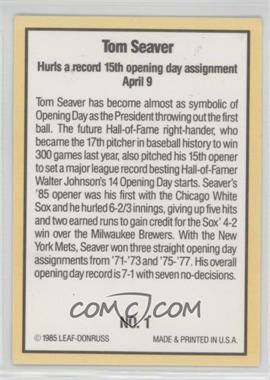