The set features 40 player cards (1-40), and five short-printed rookie cards (41-45), and each card has 20 different background variations. A master base set, which contains 20 different patterns for each of the 40 players, is 900 total cards making it the smallest TEK master base set ever made. Variations 16-20 feature an assortment of colors (purple, red, yellow, green and blue) and are short-printed in comparison to the other 15. Each rookie card is serial-numbered to 2000 copies for each variations for an aggregate total of 40,000. The only notable Rookie Card is that of Brett Myers.

20 packs per box, four cards per pack. Hobby only.

Each card has four different photos with five distinct background patterns per photo for a total of 20. Patterns #16-#20 are short-printed. 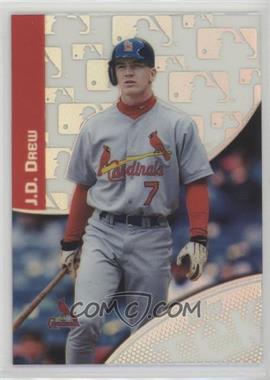 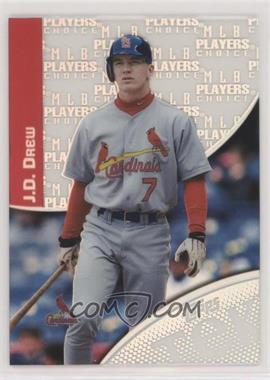 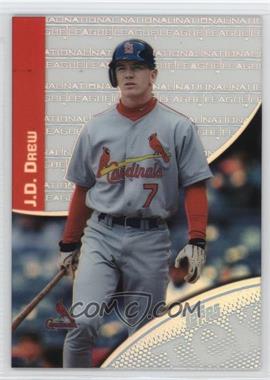 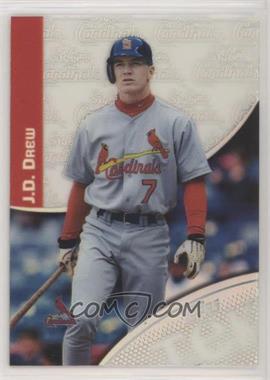 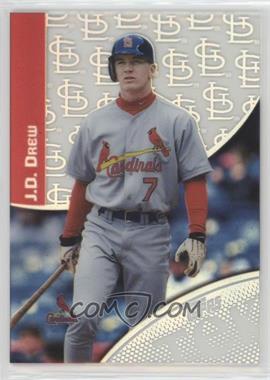 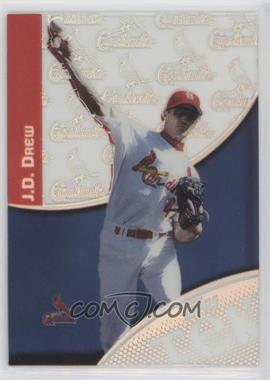 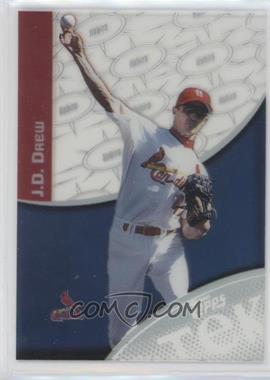 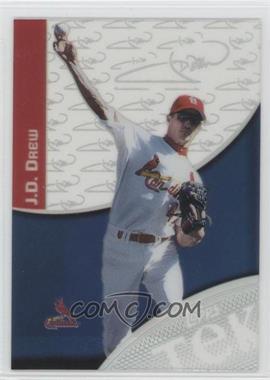 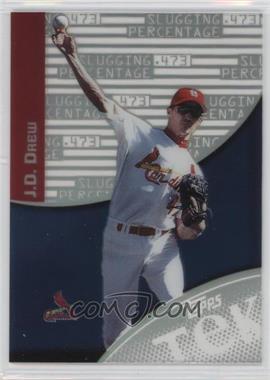 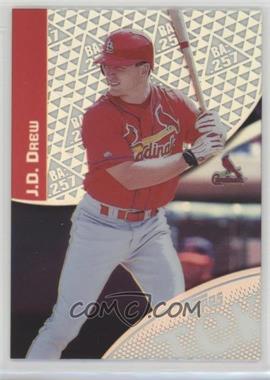 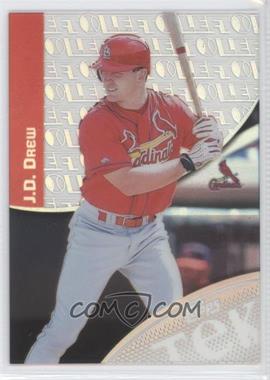 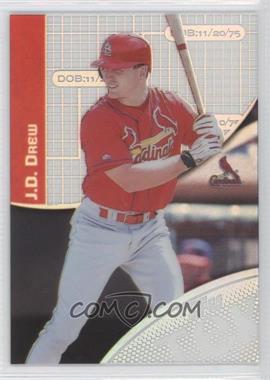 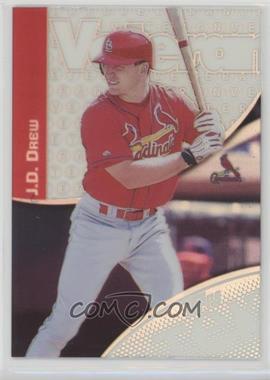 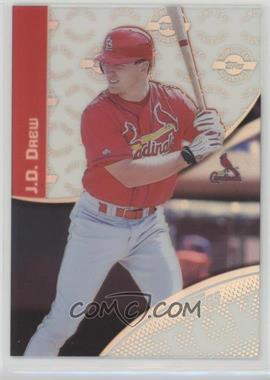 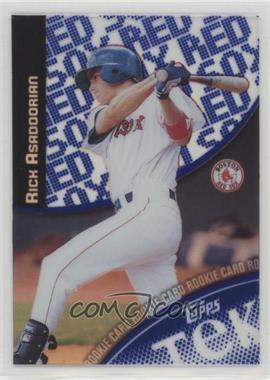 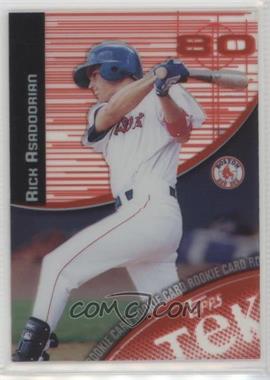 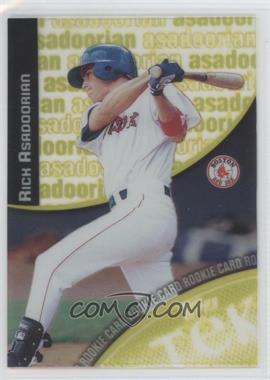 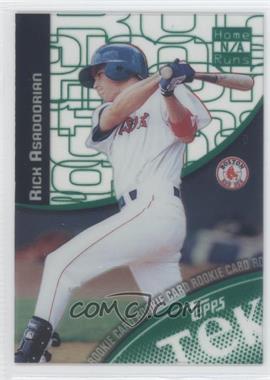 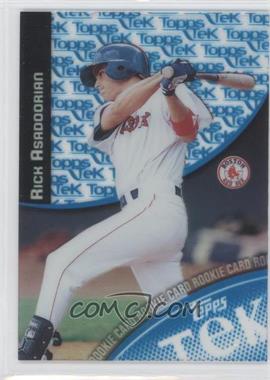 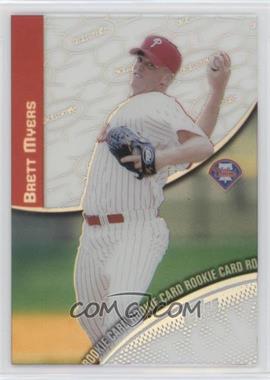 Each Rookie is serial-numbered to 2000 copies for each individual pattern. The aggregate number of Rookie cards issued for each player is 40,000 (2000 cards X 20 patterns) -- which has depressed the long-run value of these cards. The fact that three of the five players featured (Salazar, Sneed, and Asadoorian) never played in a Major League game and only one (Myers) had a solid Major League career was also a factor. 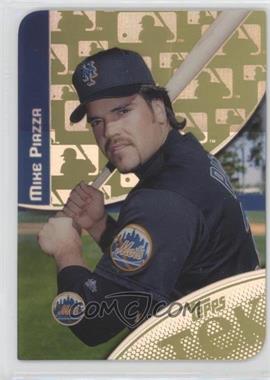 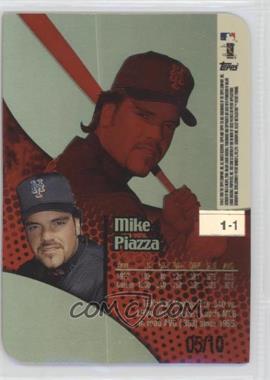 Each base card's background variation has a Die-Cut Gold parallel that is serial-numbered to ten. Collectively, each individual player has 200 Gold cards. 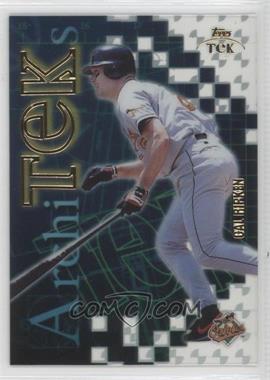 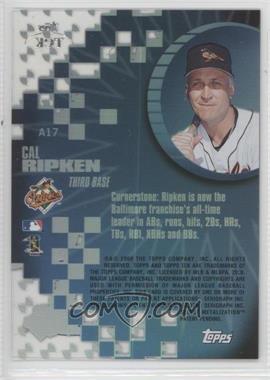 We estimate the production of each ArchiTEKs insert at 4200 copies. 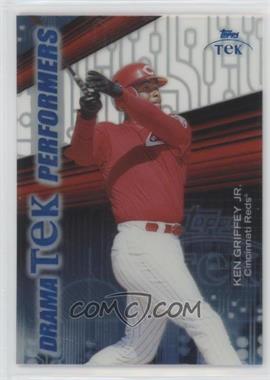 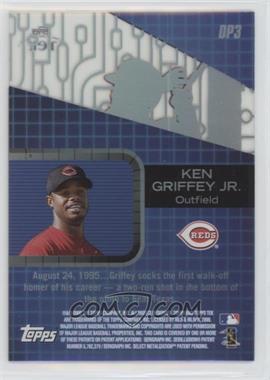 We estimate the production of each DramaTEK Performers insert at 4200 copies. 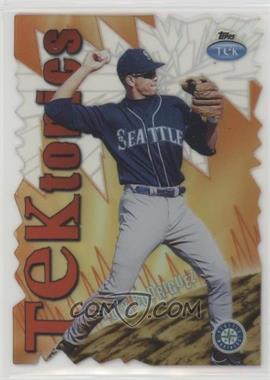 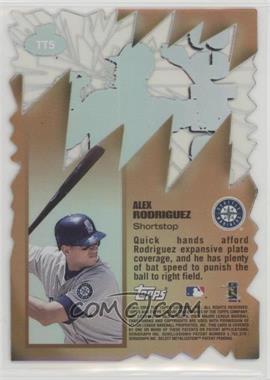 We estimate the production of each TEKtonics insert at 1400 copies.