2000 Oakland Athletics Plumbers is a 28-card stadium giveaway set sponsored by the Plumbers Steamfitters Refrigeration Local Union 342. Fans attending a 2000 A's game would receive a pack containing 28 cards, but NOT the entire set. Each pack contained 20 copies of one single card and eight copies of one card. Fans were encouraged to take the additional cards and trade them with others to complete their set.

The photos for this set were taken by noted sports photographer Barry Colla.

One pack of 28 cards for each fan. 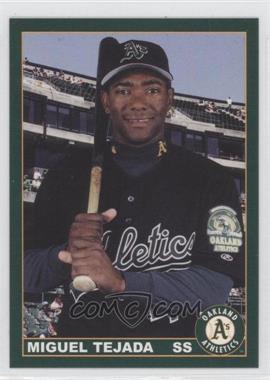 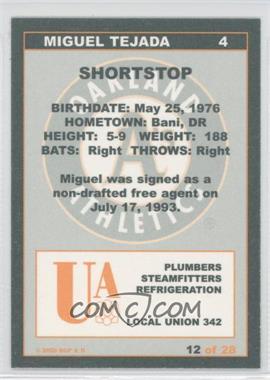