1998 Fleer Mickey Mantle NSCC was a seven-card set distributed by Fleer to attendees of the 1998 National Sports Collectors Convention, which took place August 5th-9th at the Rosemont Convention Center in Rosemont, Ill. Each card came individually-wrapped and only 5000 copies of each card were produced, although none of the cards were serial-numbered. All cards in the set were reprints of Mantle cards featured in the 1998 Fleer Tradition set that featured sequential numbering and the NSCC logo on the back:

Distributed to attendees of the 1998 National Sports Collectors Convention. Each card was individually-wrapped and limited (but not serial-numbered) to 5000 copies each. 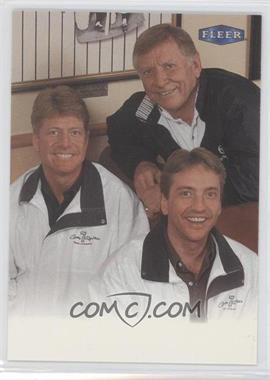 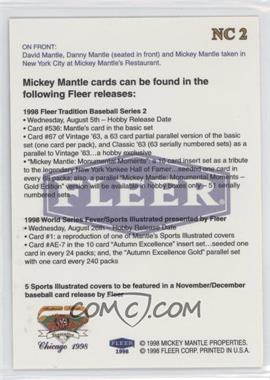