2003 Phillies Fleer Veterans Stadium is a 12-card set issued to commemorate the closing of Philadelphia's Veterans Stadium. The set was given away to attendees of the final Phillies game at The Vet, September 28th, 2003. The checklist was compiled via a fan poll with one player for each position, two starting and one relief pitchers, and a manager. 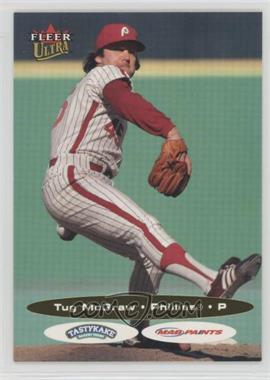 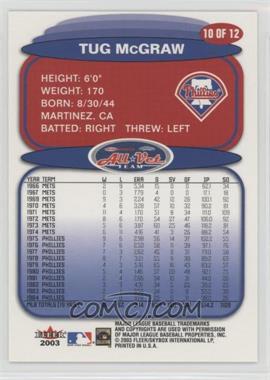