2001 Oreo/Ritz is a four-card set featuring two cards each of Derek Jeter and Ken Griffey, Jr. Each card was inserted into packages of Ritz crackers and Oreo cookies in the run-up to the 2001 All-Star Game -- of which Kraft Foods, Oreo and Ritz's parent company, was a sponsor.

Both players have two cards, one with a red border and the other blue. The design of each card is the same, although both of the Jeter cards have a Fleer logo, while the Griffey's are Upper Deck branded.

Each player's height and weight are measured in Ritz crackers and Oreo cookies on the reverse side. 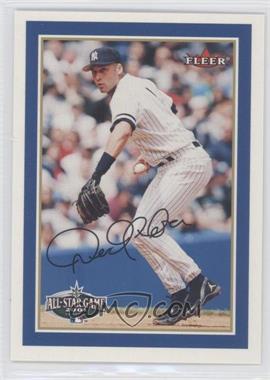 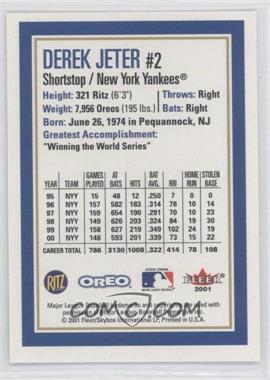