Difference between revisions of "SP" 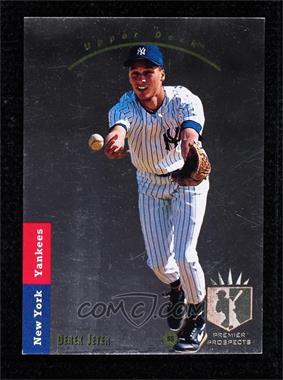 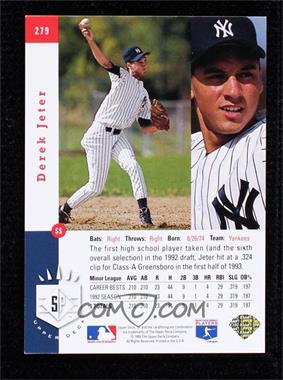 SP (1): In 1993 Upper Deck rolled out a new high end product line in football and baseball called "Upper Deck SP." Upper Deck has never actually said what it actually means, but it is thought to stand for "Special Production," "Short Printed," "Super Premium," or, in the case of the 2000 baseball set, "Shitty Product." In the 1993-'94 season, an SP hockey set also appeared, though it was issued as a one-per-pack insert in UD Hockey Series 2 due to NHL licensing restrictions in place at the time. In 1994-'95, SP Basketball appeared, and SP NASCAR came out in 1997.

Throughout the 1990s, SP has been THE place to find the best RCs in every sport except baseball. Beginning with 1998 football, UD discovered that short-printing the rookies, serial numbering them to a ridiculously low number like 2000, and selling them in small packs with a big price tag is the key to an instant sellout.

In 1998 Upper Deck changed the name of the product to "SP Authentic," with many added extras like one-per-box autographs, game-used cards, and redemption cards for other memorabilia.

Although SP has been THE brand to get in football, basketball and hockey, and had the highest-priced rookie cards of Derek Jeter ('93) and Alex Rodriguez ('94), baseball has lagged behind the other sports in recent years because of the lack of rookie cards. They short-printed some young players in 1999 and again in 2000, but hardly any were "true RCs."

The SP/SP Authentic brand continued until 2009, after which, Upper Deck lost their MLBP license. 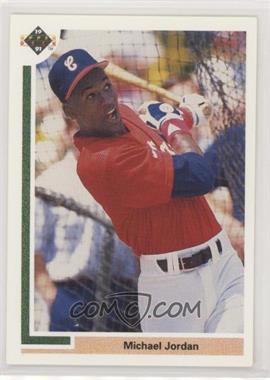 SP (2): From 1991 to 1993, Upper Deck included a one-card insert in their base brands for all four sports, commemorating some unusual event. The cards were number SP#, continuing from series to series, year to year. The first such card was in 1991 LO series baseball, showing Michael Jordan in a charity homerun derby. It was very popular, and only found once in about every third boxes. It books for $20, and still sells briskly. The "SP" cards went away for some reason, and they are now (with the exception of the Jordan baseball card) only a couple bucks apiece at most but look nice all together in a binder. A nice bit of continuity from UD.