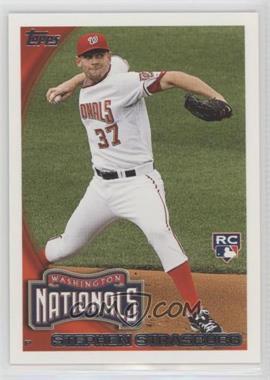 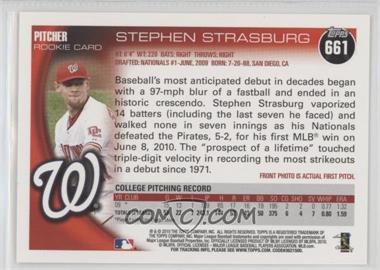 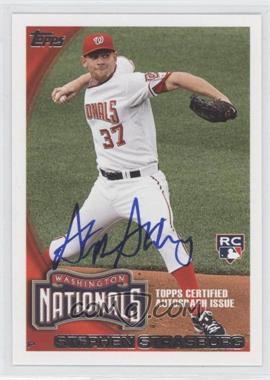 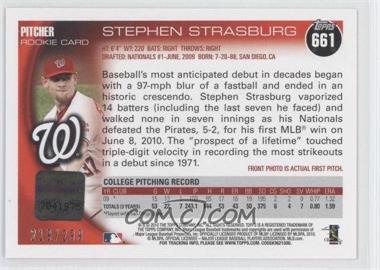 The photograph used on card A was taken at the exact moment Strasburg threw his first pitch in that game -- and is notated as such on the back of the card. Although this card is sequentially-numbered as part of the 2010 Topps base set, and bears the standardized "RC" icon, due to the gimmicky nature of its distribution it is not considered a "true" rookie card.

Two weeks after his Major League debut, Topps offered to those collectors fortunate enough to have unlocked an "A" card the opportunity to, for a fee of $350, have Strasburg autograph their card. A maximum of 299 "A" cards would be signed and each card would be serial-numbered and have a special black holographic authentication sticker. 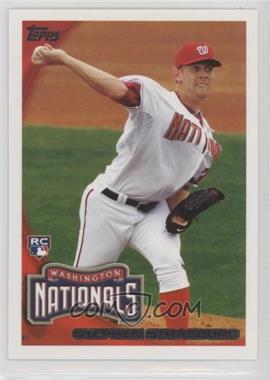 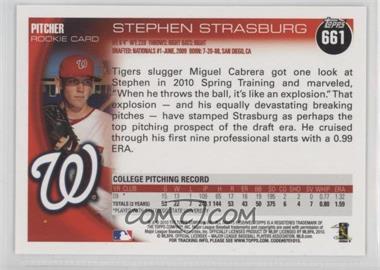 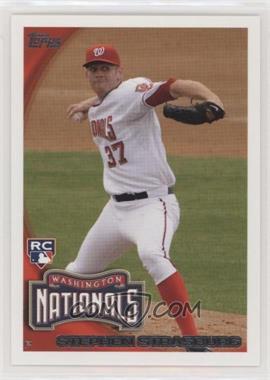 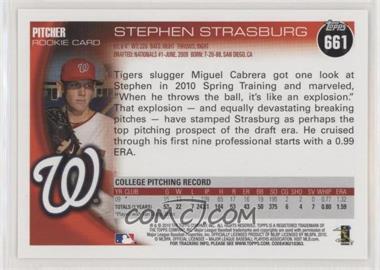 For purposes of this checklist the Factory Set card has been checklisted as card "661C" and the Update card as "661D." 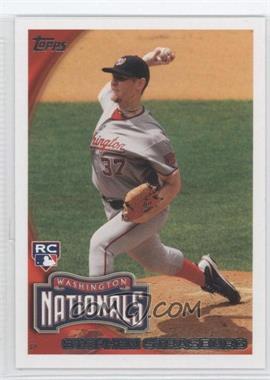 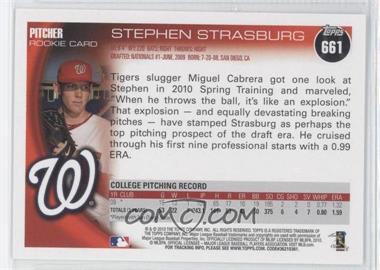 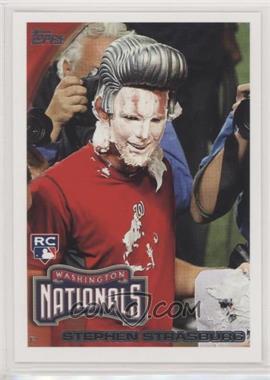 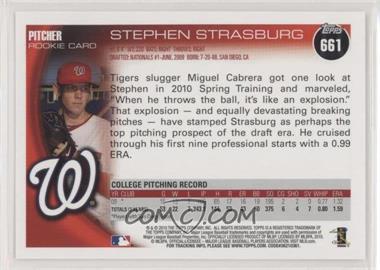 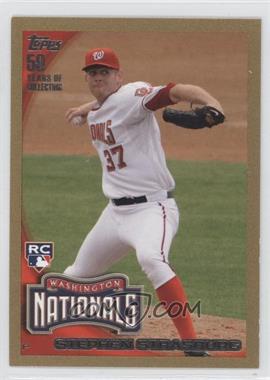 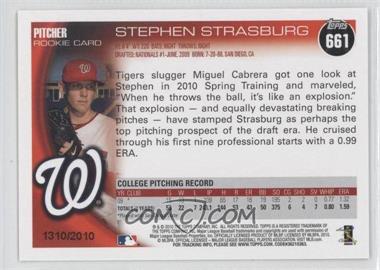 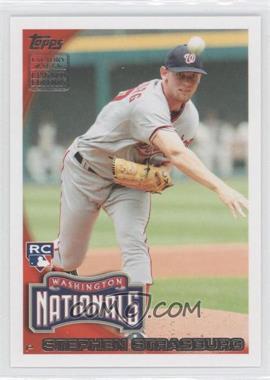 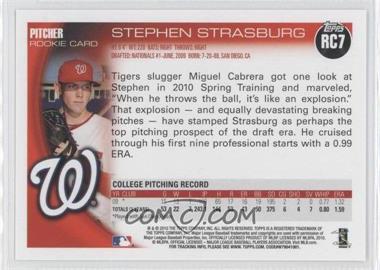 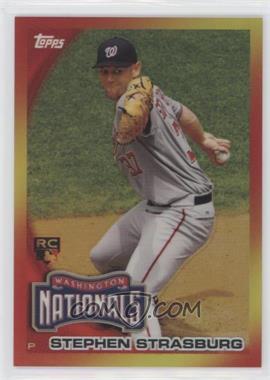 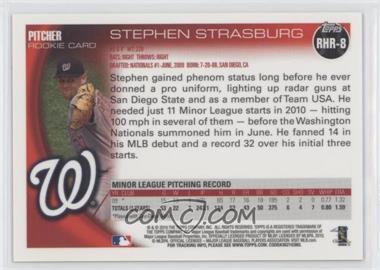 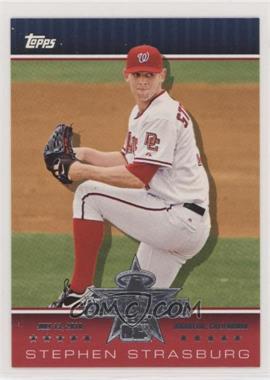 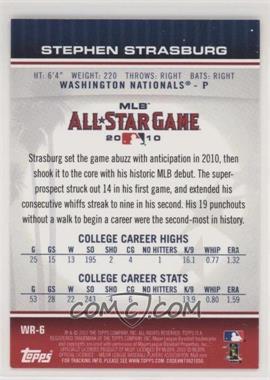