1997 Flair Showcase (produced by Fleer) was a 540-card fractured set released that summer and consisted of 180 players on three different levels/"Rows", with each Row featuring a unique front design:

The Row 2 cards were easiest to find, while the Row 0 cards were the toughest.

Each "Row" was then sub-divided into three, 60-card sub-sections featuring a different cardback icon:

Each of the 180 players in the set had one card in each of the three rows, with a specifically assigned cardback icon per Row, meaning each player had 3 base cards total. The "Seat" number on back represented the card number in the set.

1997 Flair Showcase was most notable for introducing "Masterpieces", the first ever "true" one-of-one parallel.

Although the odds are not listed on the box, a typical 24-pack Hobby box should yield four Showcase Showtime cards, two Showcase Showstoppers and one Showcase Showpiece card.

A three-card "strip" was distributed to dealers and the Hobby media a few months prior to the release of 1997 Flair Showcase. The strip contained reprints of the three Alex Rodriguez base cards later issued in packs and featured "PROMOTIONAL SAMPLE" text diagonally across the front and back. 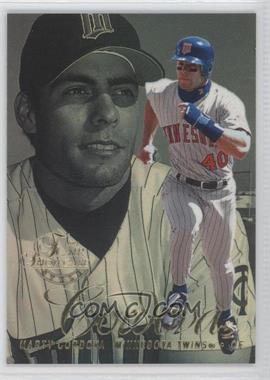 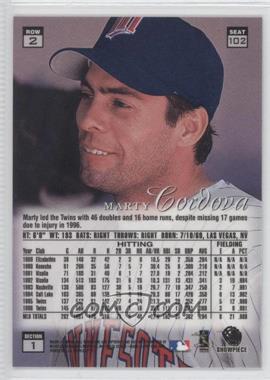 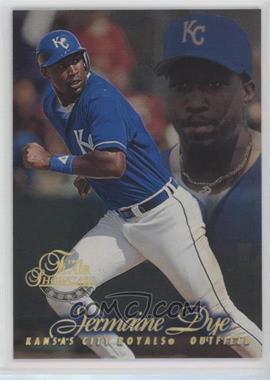 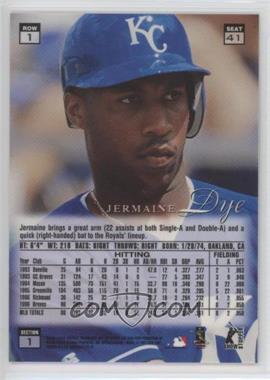 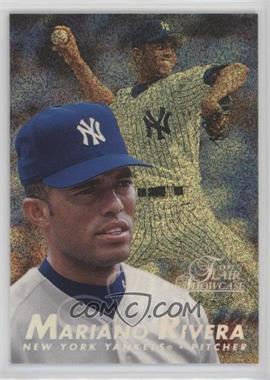 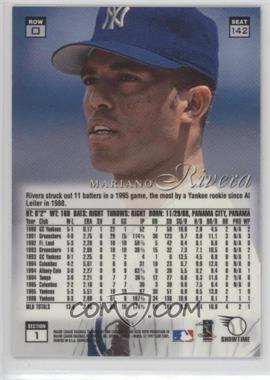 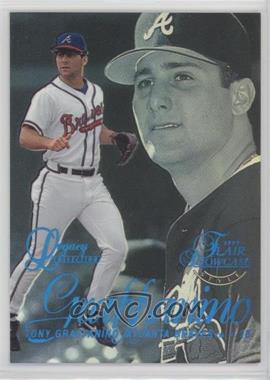 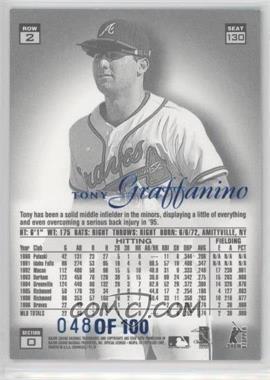 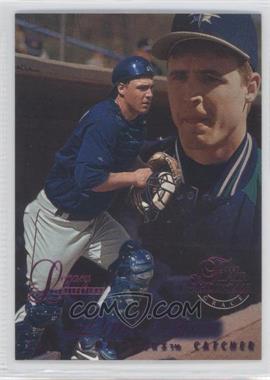 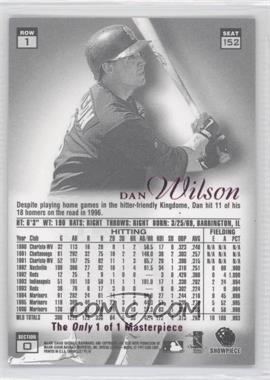 Masterpiece parallels are recognizable for the use of a distinctive and reflective-purple foil on the player's nameplate (front and back of card), Flair Showcase logo (front), "Legacy Collection" logo (front), and serial-number stamp (back). However, the player photos, Row design, and holographic finish were the same as the base versions. All Masterpieces were stamped: "The Only 1 of 1 Masterpiece" on the back.

The Masterpiece parallel was a notable set in Hobby history as it was the first set to reduce a print run to only a single set. At a time when scarcity and serial-numbered inserts/parallels was at its peak, the creation of the one-of-one was a landmark concept that forever changed the Hobby. It was the ultimate chase card as it was the only one of its kind. Masterpieces brought almost as much criticism as it did praise from collectors as it effectively eliminated player collectors' chances to procure one copy of every card of their favorite star. Nonetheless, in response, other card companies developed their own one-of-one parallels in the subsequent months and following years and has remained a Hobby staple today. 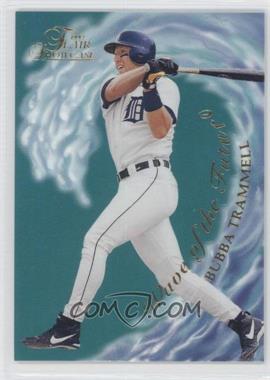 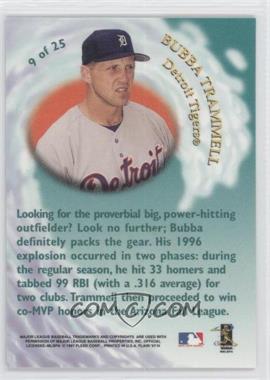 NOTE: Cards #WF1 and #WF2 were added late in the production run. All of the other cards are sequentially-numbered "X of 25". 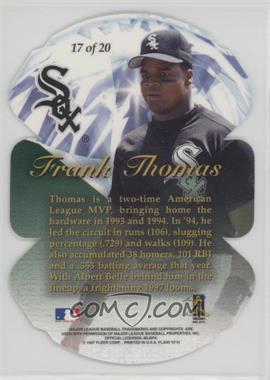 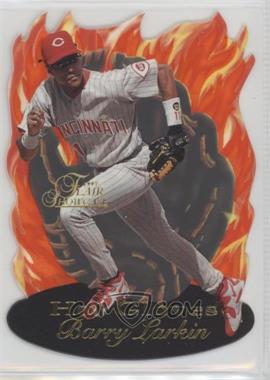 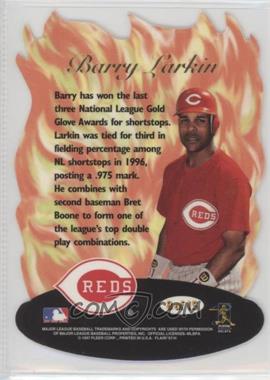 1997 was the last time Flair's staple, Hot Glove insert was produced in the decade as it was not featured in the 1998 Flair Showcase or 1999 Flair Showcase products. It featured a die-cut design of fire (instead of a die-cut glove in previous years) that was heat-sensitive. The fire design all around the card would change from bright red-orange to light-orange and white when exposed to heat, via touch or other heating methods.

Twenty-five Alex Rodriguez Emerald Exchange cards (good for an autographed Rodriguez fielding glove) were randomly seeded into packs. The card fronts were similar in design to the regular Row 2 card, except for green foil accents. The cardback, however, consisted entirely of text explaining prize guidelines. The deadline to exchange the card was 8/1/98