Released by Topps in October 1995, this "three-dimensional" lenticular set consists of 59 cards. "D3," as it has come to be known, was not well received by The Hobby and is considered one of Topps' biggest flops of the era.

Originally timed to coincide with the 1995 All-Star Game and buttressed by a massive (by Topps standards) marketing campaign that included a two-full-page advertisement in Beckett Baseball Card Monthly, D3 suffered from delays, a high price tag ($5 for a five-card Hobby pack), the lack of any rookies and few inserts, and the release by Pinnacle Brands of a similar (and about $2/pack cheaper) product, UC3.

A second series of D3 baseball and a football set were both planned for early '96, but both were canceled soon after the release of this product. 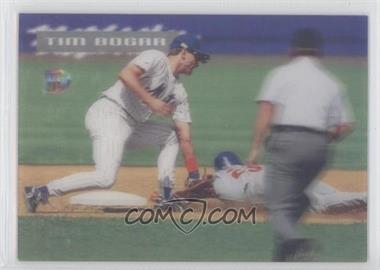 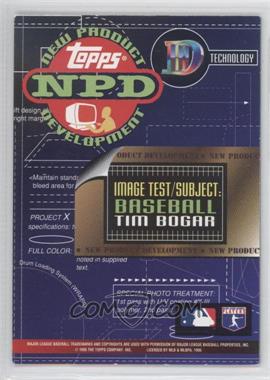 These cards were included in dealer sell-sheets and distributed to The Hobby media. Promos of three football players also exist; however Topps never made a D3 football set. 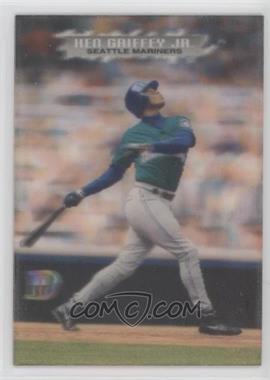 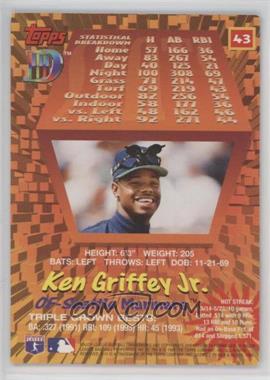 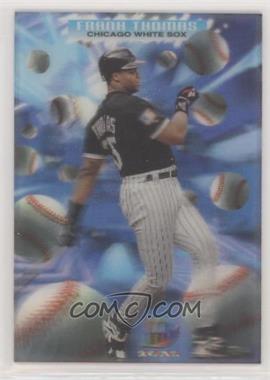 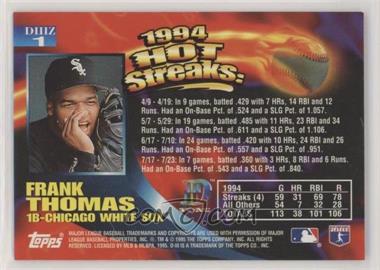