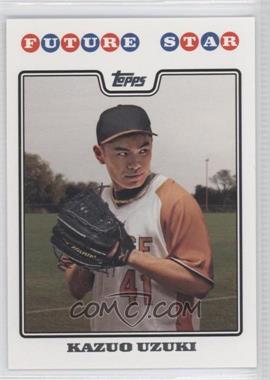 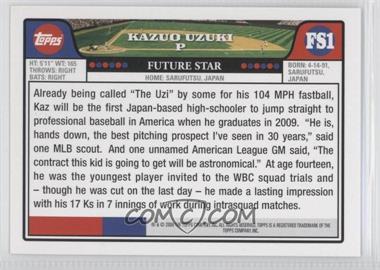 Kazuo Uzuki is a fictional Japanese high school player who was the subject of an April Fools' Day hoax in 2008. Randomly inserted into packs of 2008 Topps Series One was a card of a supposed Japanese high school superstar named Kazuo "The Uzi" Uzuki. He is listed as 5'11" and 165 lbs and could supposedly throw a 104 mph pitch. According to the card, Uzuki would be the first Japanese player to go straight from high school in Japan into professional baseball in the United States. Many collectors quickly came to the conclusion that Uzuki was a hoax.

The person actually depicted on the card was a Chinese-American New York University law student named Sensen Lin who was paid $600 to be photographed in a baseball uniform and to appear in a YouTube video.