From BaseballCardPedia.com
(Redirected from 1997 E-X2000)
Jump to: navigation, search

E-X2000 was produced by Fleer/Skybox and was a 102-card set released in the summer of 1997. Continuing with the previous year's theme of depth, each base card was multi-layered: The card fronts (top layer) featured a colored holographic foil (blue, purple, red, or orange) that accented the player's team with a translucent acetate shadowbox (middle layer) in the center of the card that depicted the sky. The player action photo was layered on top of the acetate. The card backs (bottom layer) were a non-holographic mirror image of the card fronts.

There are no notable rookies in this set.

A hobby exclusive, each box of 1997 E-X2000 contained 24 packs of 2 "super premium" cards each. This set marked the first instance that a major licensed card company featured only two cards per pack and was an effort to further establish the set as high-end and exclusive. 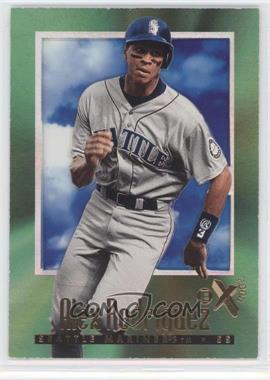 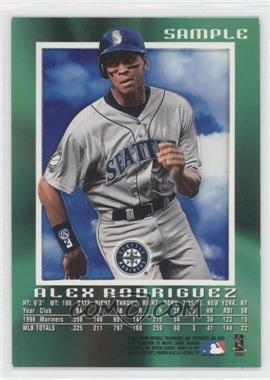 Dealers who ordered E-X2000 cases were given an Alex Rodriguez promo card. The card paralleled his base card but is marked "SAMPLE" on the back.

Additionally, an over-sized promotional "strip" featuring A-Rod also exists and is considered to be very rare. 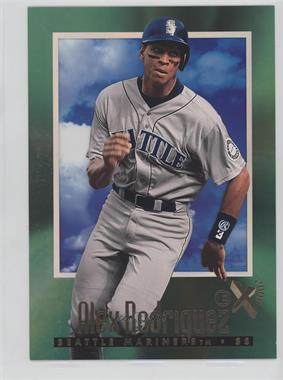 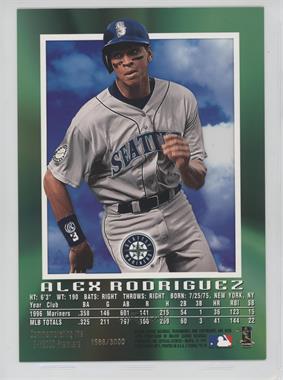 A special Alex Rodriguez promo card was also produced and distributed. These were serial-numbered to 3,000 on the back and marked as a commemoration of the premiere of the set. 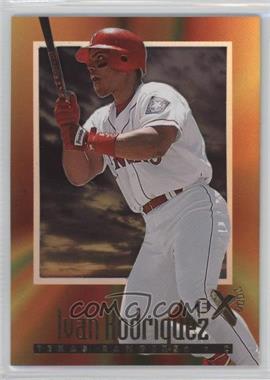 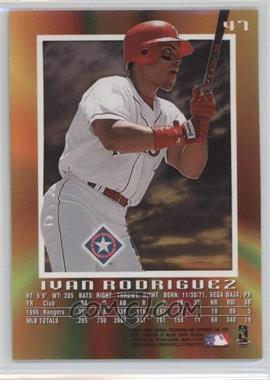 NOTE: Each pack contained either a checklist or a redemption card. The checklists are sequentially-numbered as part of the set but are printed on plain cardstock. 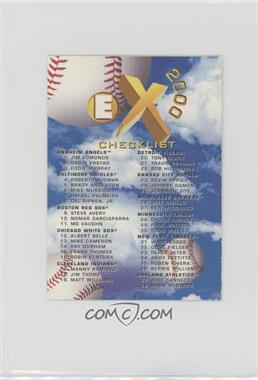 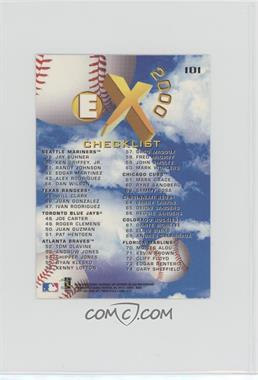 The Credentials set fully paralleled the base set and each card was serial-numbered to 299. Each Credentials card featured the same multi-layering as a base card but had a silver holographic finish on the card front and was marked "Credentials" horizontally along the upper-left portion of the card front. 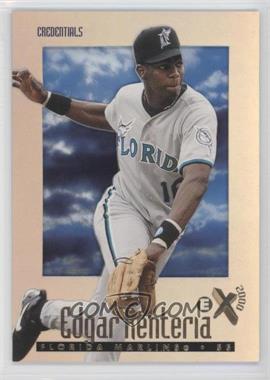 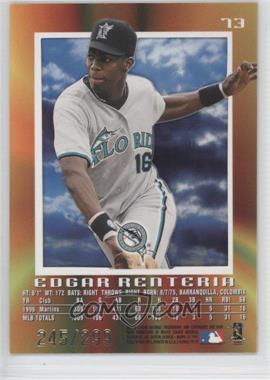 The Essential Credentials set also fully paralleled the base set but each of these were serial-numbered to 99. Each Essential Credentials card featured the same multi-layering as a base card but had a star-foiled finish and was marked "Essential Credentials" horizontally and vertically along the upper-right portion of the card front. 1997 marked the inaugural release of this parallel set which became very popular with collectors and was featured in every E-X brand release until its end in 2004. 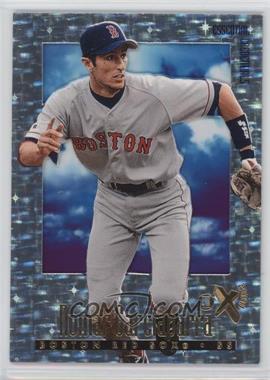 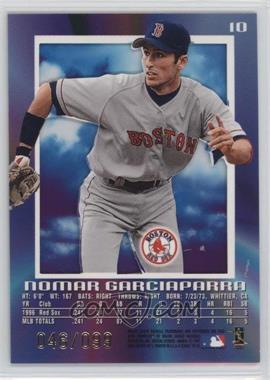 This 15-card set highlighted top young players in the game at the time that could be stars by 2000 and featured each player on a holographic, galaxy-themed background. 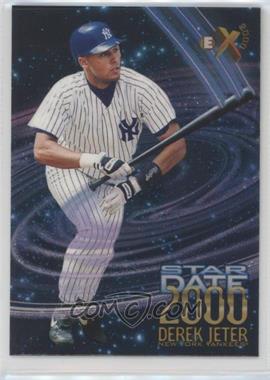 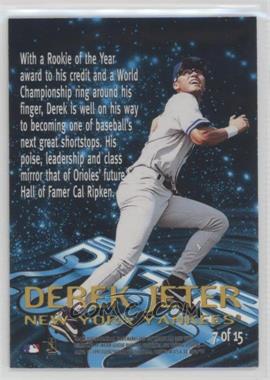 The foil was etched for detail; however, two colored foil versions exist: Copper and Gold. Fleer/Skybox provided no information about these two versions and two theories have emerged for explanation: that the Copper and Gold foiled cards were a result of a printing error or that one color was a stealth parallel variation that was never officially announced. Regardless of the theories, the Copper foil versions are more plentiful than the Gold and the common conclusion is that the Copper foil was the intended finish and the Gold foil was the variant (intentional or unintentional). 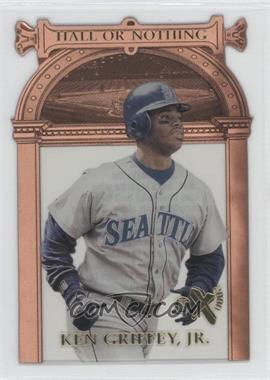 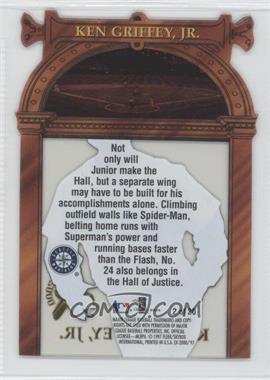 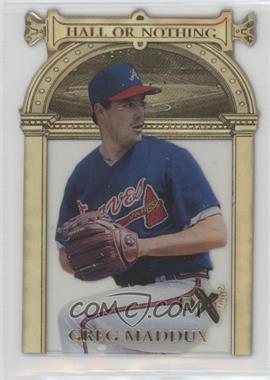 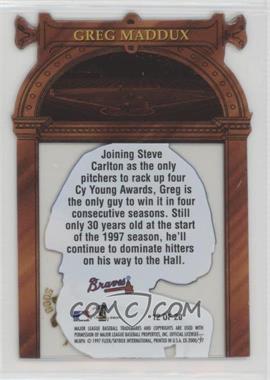 This 10-card set featured 10 players in the game who were considered to be on a level higher than the rest of their peers. Each card was die-cut like saw blades on the top and bottom of the card, printed on silver holographic foil, and featured embossed "A Cut Above" text box. 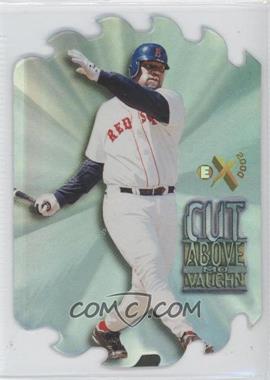 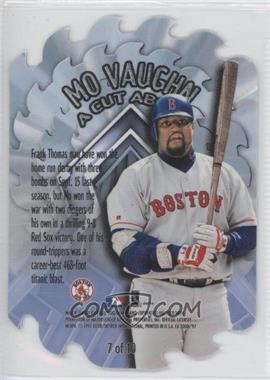 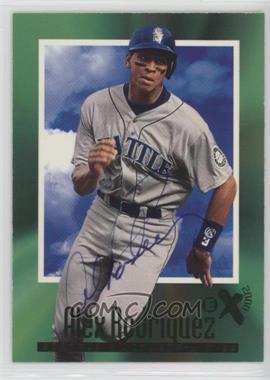 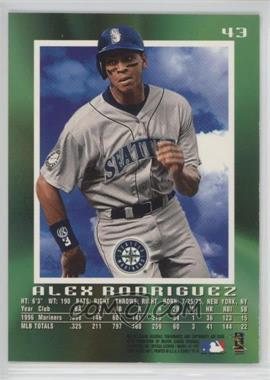 This 6-card set consisted of redemption cards that could be exchanged via mail before May 1st, 1998 for an autographed card of that player. Each autographed card is a base card with an emerald-green foil finish on the nameplate and "E-X2000" logo for differentiation.